The First Town in the Valley 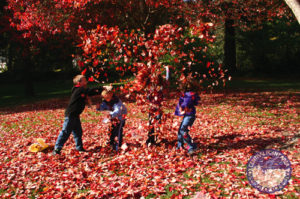 Central Point, Well known as the first town in the valley, derived its name from the fact that it is almost in the center of the Rogue Valley (formerly known as the Bear Creek Valley). Old Central Point consisted of seven dwelling houses, a store, saloon, feed and livery barn, blacksmith shop, wagon shop, and a school house. At this time, the valley was sparsely settled and the roads to other trading areas were almost impassable during the winter months.

The land on which the little village stood was entered by the Magruder brothers, Constantine and Theophilua (known as Tina and Toss) in 1868. At this time they erected a store building, to which they later added living quarters. Constantine became the first mayor, and Central Point was incorporated in 1889.

Central Point’s present claim to fame is that it is home to the world’s oldest and largest hearing dog facility, Dogs for the deaf, established in 1977 and an award winning, internationally known cheese factory, the Rogue Creamery, established in 1935. It’s also the location of the original Grange Co-op, an agricultural cooperative established in 1934. Oregon is known as “The Rock Hounds Paradise”, and the Crater Rock Museum has on display many beautiful rocks, minerals and gems found in the area. They feature the exquisite marksmanship of Rogue River Indian arrowheads as well as the other artifacts that reflect the life of these proud warriors.